Skip to Main Content
It looks like you're using Internet Explorer 11 or older. This website works best with modern browsers such as the latest versions of Chrome, Firefox, Safari, and Edge. If you continue with this browser, you may see unexpected results.

The best places for up to date UK and EU legislation are Westlaw and LexisLibrary which both include primary and secondary legislation. Try both to see which one you prefer. You can also find legislation freely online but sites such as legislation.gov.uk are not updated as often so may not include the most recent version of legislation.

Finding UK and EU legislation online from the legal databases 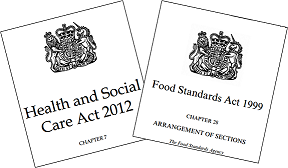 For more information on the process by which legislation is passed, you can listen to 'How Statute Law is Made', a podcast of the lecture given by Stephen Laws at the University of Oxford in October 2010.

Most secondary legislation (also called delegated legislation) is in the form of Statutory Instruments (SIs) which are rules, regulations and orders made under the authority of an Act of Parliament.

For more information on Statutory Instruments, you can read the 'Delegated legislation' guide from the House of Commons Information Office.

You can find EU legislation from: